Like the title says, this is a long term project, but I wanna get the planning started now so I can have that fire lit under my ass to keep me going.

I'm gonna be reusing the body and neck from my first guitar, an AXL Badwater strat copy, since I've held onto those all this time after stripping everything off of it. Just hanging out in my closet. My plan is to reshape the horns and I've played around with a few ideas and settled on this (for now) 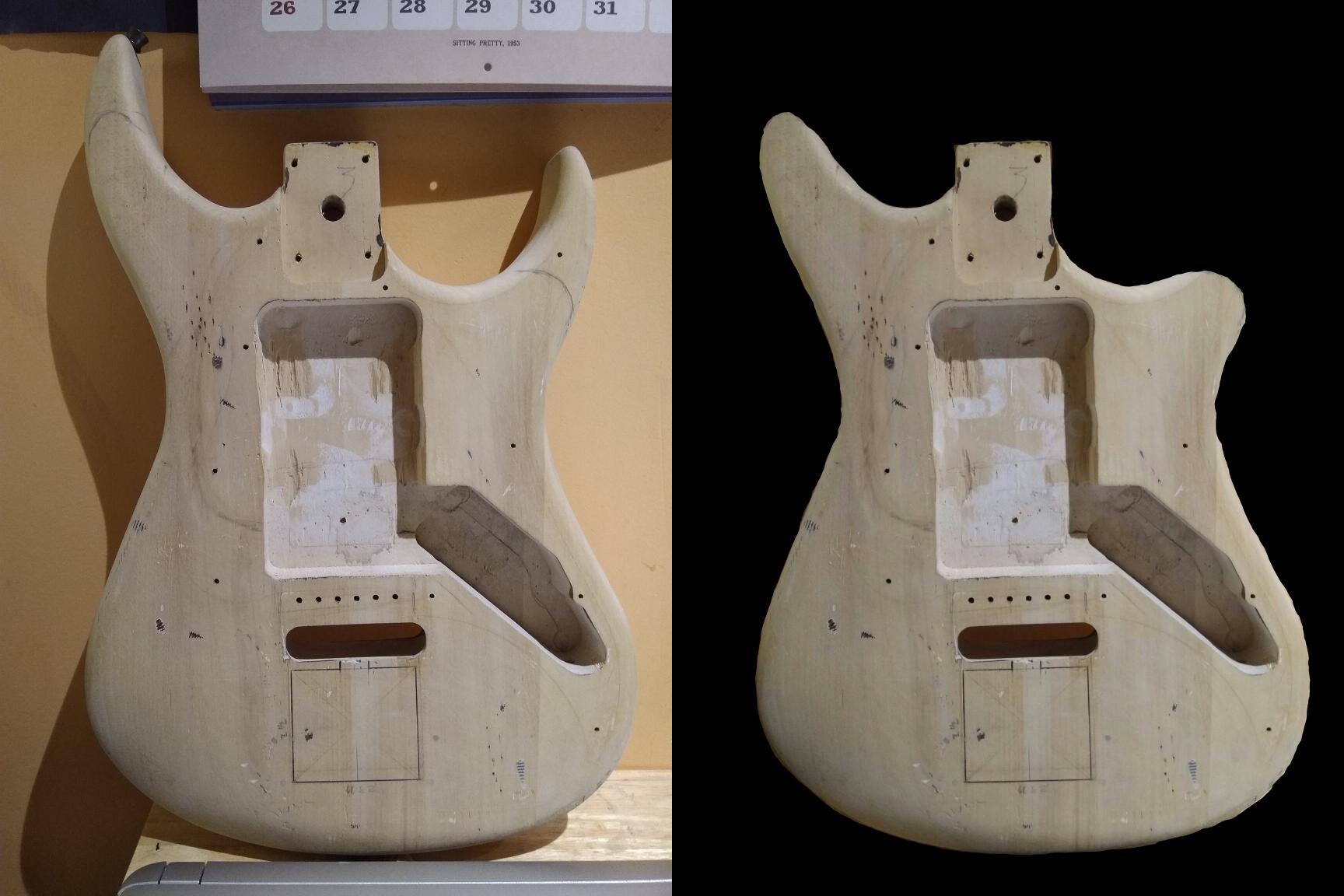 I was thinking of maybe rounding off the lower horn a bit more but I actually kinda like how wonk the lower horn looks, kinda looks like a First Act clone of a Jazzmaster body or something. Anyways, this shape is generally what I'm gonna start with. It's subject to changes, suggestions, and redesigns, if anyone wants to contribute an idea i'd love it.

Paint job, I'm thinking a matte black finish, similar to the matte finish that was originally on it. Maybe even just black wood stain and a satin clear coat to protect it. A bit boring, but I'm gonna be playing goth music and doom/stoner metal with it and thought of a pipe resin colored finish as a joke but then realized that sounds good actually. This is the path I've set for myself

Next up, pickups. I'm planning on using this guitar as a baritone, taking advantage of the 25.5 inch scale length, because right now I have my Cyclone tuned down to C with thick ass strings and it plays well enough but the scale length is just slightly too short to intonate properly. I've had better luck on a strat scale with lower tunings. Anyways, I want to have a little power but also sound nice and clear while clean. So, I'm strongly considering a Dream 180 in the bridge position, with a Mean 90 in the neck position. At first I was thinking of putting another Dream 180 in the neck position but I'm not too big a fan of neck humbuckers, I think they tend to sound kinda muddy. So a nice HB sized P90 will do well.

The bridge, I'm just gonna fill in the tremolo cavity and put in a basic top loading hardtail bridge. Nothing fancy, just one of these little bitches on top. Tuners, just gonna put some of these Gotoh style tuners, but maybe.... some vintage style slotted tuners sound good too, I just dont know how well they work with thicker gauge strings. I was also maybe considering the black Gotoh style tuners with the "wood" buttons, but I'll decide on that later. But they do look pretty good imo. 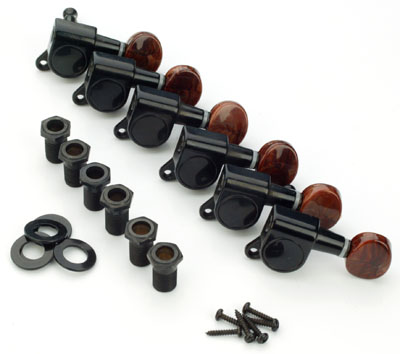 Gotta get a new nut for the neck as well. Gonna get some black speed knobs to match the pickups, and I think I'm gonna go ahead and black it out, get black hardware as well as do a thin matte black finish. I'll also need to get a new pickguard cut to fit the lower horn, maybe even redesign it to fit the new shape as well. A simple one ply matte black guard would do fine.

I'll update this thread as I make progress on this project, and hopefully starting this thread will inspire me to actually go and like. do it.

Doog wrote:Tone is stored in the balls

theshadowofseattle wrote:That's why there's two: one for pee, one for tone.

Return to “Guitar Projects and Tech/Set-up”